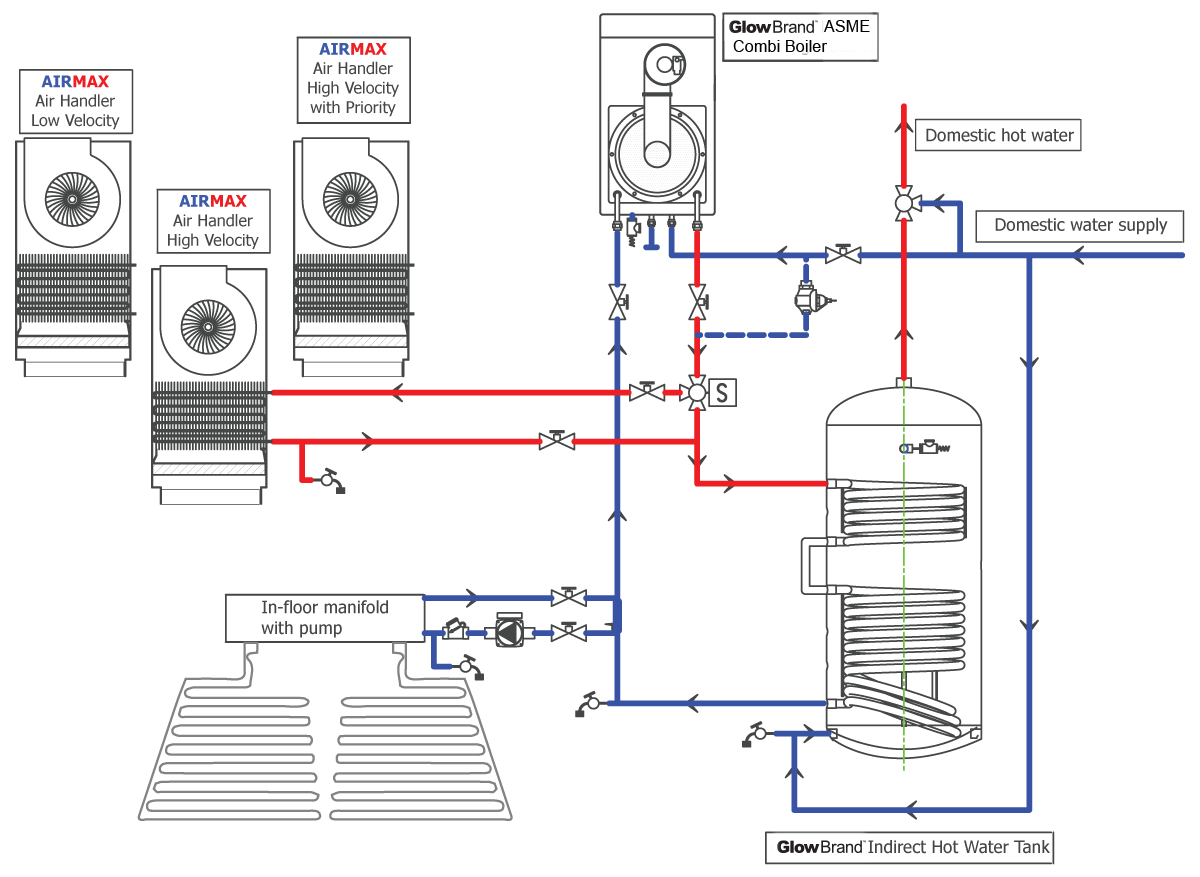 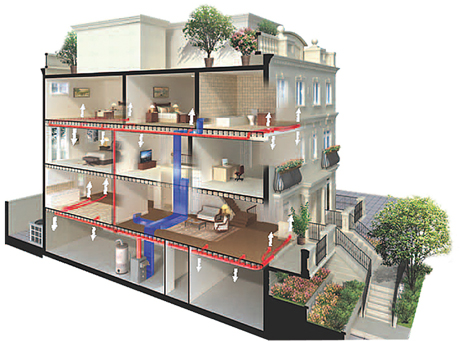 The MAXAIR™product line is available in three models: 30, 50, 70 & 100, providing efficient capacity for a wide range of applications.
All MAXAIR™ installations come with the FLEXAIR™ mini ducted system. FLEXAIR™ provides for easy installation and full flexibility in vent locations.
MAXAIR™ comes with one of the most extensive warranties in the business: 1-year parts and labour, 2-years on parts only where applicable.
We provide you with the quietest operating air handler available. By using large capacity, high output heating coils, our product delivers more heating per volume of air than any of our competitors, which means warmer delivered air temperatures. All these features add up to warmer, more comfortable air, quiet operation, and a satisfied customer. 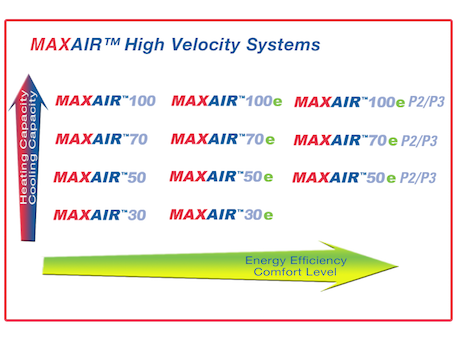 The MAXAIR™ product line of High Velocity Mini Ducted Systems are specifically designed for use in single and multi tenant residential and commercial applications. Our air handlers are the smallest units available in their capacity range. The design provides flexibility in installation options resulting in small space requirements.
The MAXAIR™e series comes with an Electrically Commuted Motor (ECM) providing additional improvements in both energy efficiency and comfort levels.
The MAXAIR™eP2/P3 series provide additional comfort control with separate 2 zone or 3 zone priority control systems. 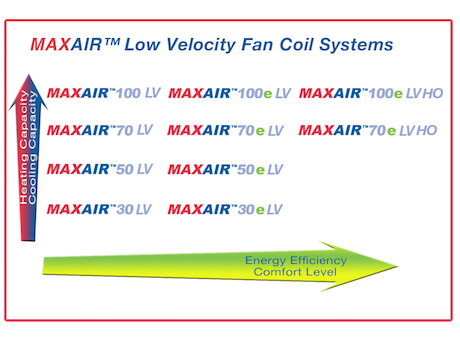 The MAXAIR™ LV low velocity and the MAX AIR™LVHO low velocity high output combo air handlers are specifically designed for use in residential and commercial combination space and water heating systems. Combo heating systems use the home's water heater or boiler to provide both the space heating and domestic hot water, eliminating the need for a furnace. Water heaters or boilers can be purchased from a wholesale supplier, rented from your Gas Utility, or purchased from AIRMAX Technologies as part of a complete heating package.
With MAXAIR™ Low Velocity systems vents can be located in low traffic areas on the floor, walls, or ceiling, or in a kick space.
MAXAIR™ Low Velocity systems applications include retrofit construction to add heating, cooling, humidification, or filtration to a building and new construction to deliver air throughout the entire building envelope.

Please note:
These are not engineering drawings; they are intended only as a guide and not as a replacement for professional engineered drawings.
These drawings are not intended to describe a complete system. It is up to the contractor or engineer to determine the necessary components and configurations of the particular system to be installed.
These drawings do not imply compliance with local building code requirements. It is the responsibility of the contractor or engineer to ensure that local building code requirements are met. 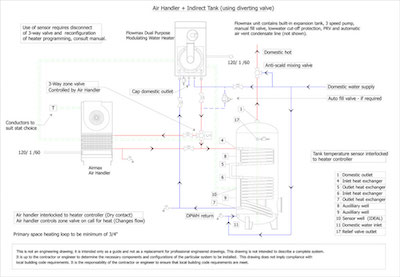 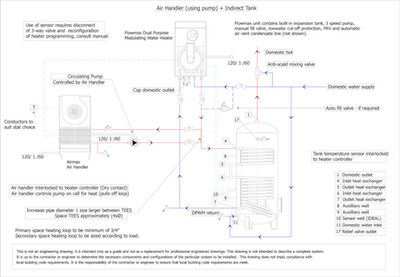 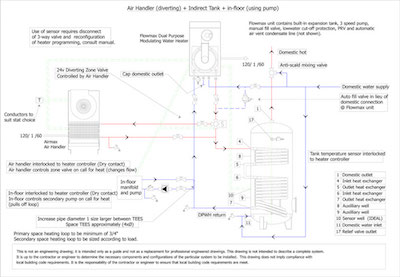 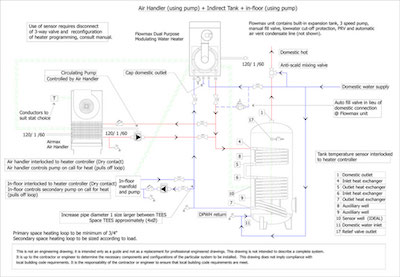 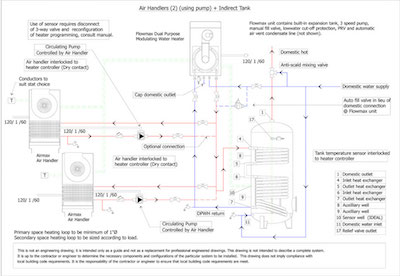 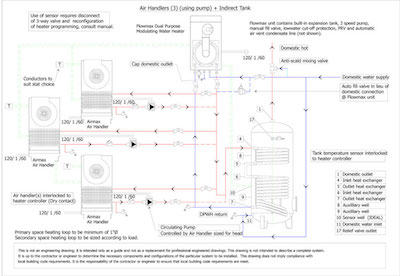 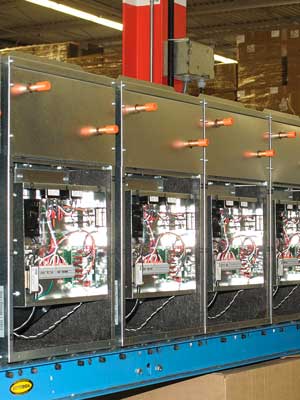 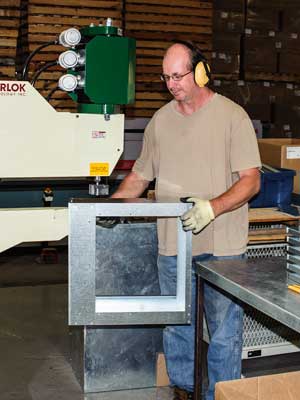 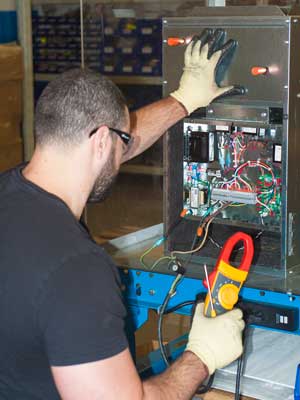 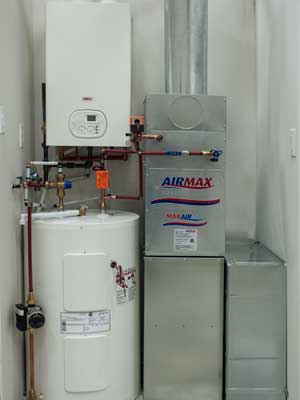 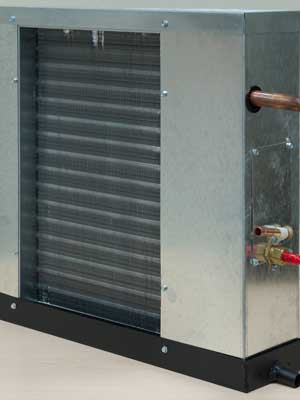 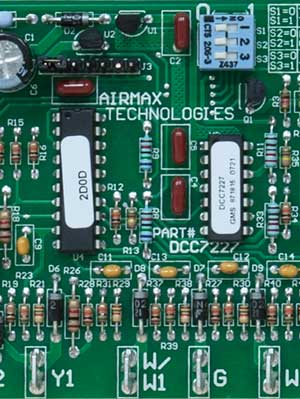 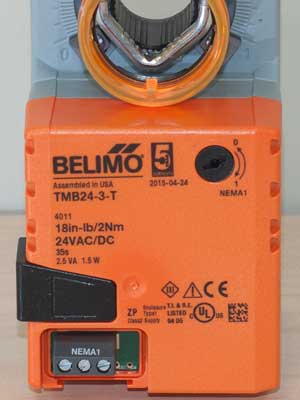 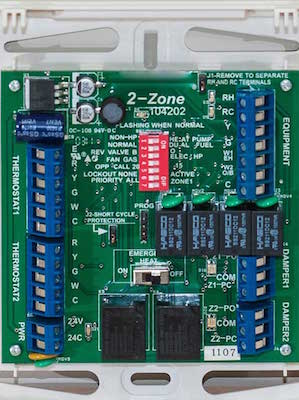 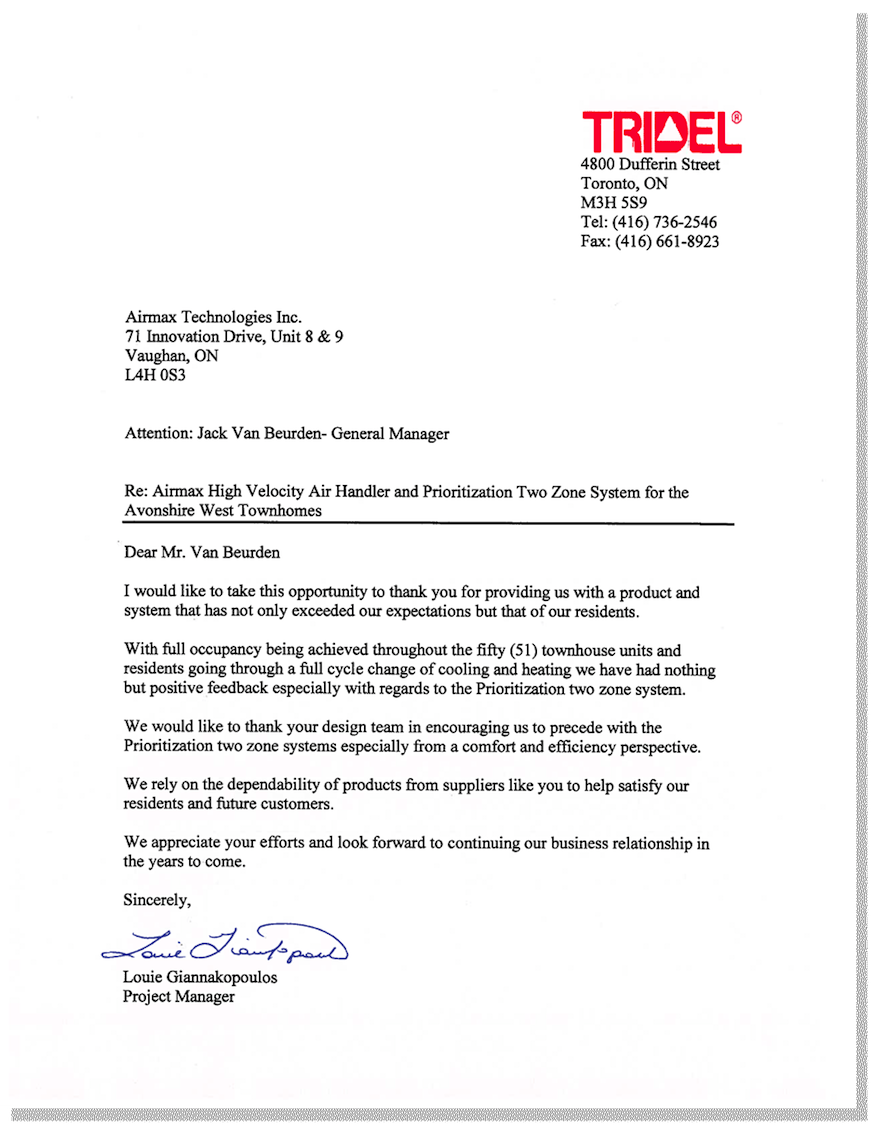 AIRMAX Technologies warns individuals of a recent cheque fraud scam relating to Mystery/Secret Shopper. We do NOT send cheques to individuals and are in no way participating in such promotion.
Please see link below which details this scam.

The NRC has posted the test results based on the new CSA P.9 standard.

The NRC results can be viewed here.

Although I’ve never been susceptible to sales pitches, close friends know I go a little weak in the knees when someone talks green to me. So when John Godden of Clearsphere told me how a new HVAC system for my 80-year-old Beaches home could reduce my carbon footprint, my little enviro-heart was all aflutter.
It seemed a wise decision for other reasons as well. Read more . . . 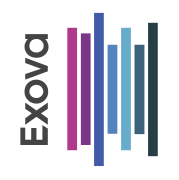 At the request of Natural Resources Canada (NRCan), Exova Canada Inc. (Exova) was contracted to conduct performance testing of a combined space and water heating system (combo) in accordance with applicable divs of CSA Standard P.9-11 "Test method for determining the performance of combined space and water heating systems (combos)".
The Exova test results can be viewed here. 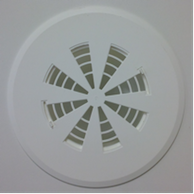 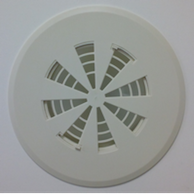 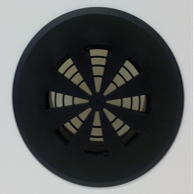 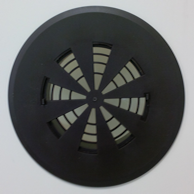 Although I’ve never been susceptible to sales pitches, close friends know I go a little weak in the knees when someone talks green to me. So when John Godden of Clearsphere told me how a new HVAC system for my 80-year-old Beaches home could reduce my carbon footprint, my little enviro-heart was all aflutter.
It seemed a wise decision for other reasons as well.
The furnace was 18 years old and no longer considered high-efficiency. It was also twice the size necessary for a 1,500-square-foot house, which accounted for the rapid on-off cycles, heating up quickly then shutting off as soon as the thermostat registered the desired temperature. The result was uneven heat over the first and second floors, and basement.
The air conditioning unit wasn’t efficient either, for the same reason: too big. And because it’s supposed to run continuously to perform properly as a dehumidifier, the cycling on and off was a problem.
To demonstrate how my home measured up, Godden ordered an energy audit with blower-door test to see exactly where and how much energy was being lost.
The test revealed that my house had a HERs (home energy rating system) score of 102 — about the same as an average new home. Many older homes have a rating of 120 to 150.
A home that uses zero energy would have a rating of 0. But the aim here was more modest: to reduce energy consumption by at least 25 per cent and drive the rating down to about 75.
First, Godden recommended improving the building envelope, so the new mechanical system could achieve maximum efficiency.
The single-glazed windows on the main floor were replaced with low-E argon double glazing, foam insulation was sprayed onto the exterior walls, and cellulose insulation was blown into the attic, increasing its R- value from 12 to 50. A large crack in an upstairs plaster wall, leaking air to the outside, was patched, as was a hole in the attic where a previous renovator had improperly installed the bathroom exhaust fan.
Then came the new HVAC system that Godden suggested: with a dual-purpose hot water heater, air handler, energy-recovery ventilator (ERV), and drain-water heat recovery.
As he explained, the heart of the system would be the 98.4-per-cent-efficient Glow instant hot water unit. This small slim box replaces the old hot water tank, but takes up one-third the space, and provides hot water for the shower, sinks and dishwasher.
The Glow also heats the air going into the AirMax, an air handler with a DC motor that lets air circulate continuously, even when the heating and cooling are not on. This motor consumes 80 per cent less electricity than a conventional motor.
Cooling is handled by the air handler, coupled with a 14.5 SEER CompactAir unit by Manuflow. The nice thing is its slim size, which hugs the side of the exterior wall and doesn’t stick out into the garden.
The warmed, or cooled, air is then distributed through the house via the existing ductwork. Another option would have been to install a special high-velocity duct system for maximum comfort, but it was over my budget and the existing ductwork was sufficient.
Another of the system is an energy recovery ventilator. Kind of like the lungs of the house, it draws fresh air in from outside and circulates the air through the house before expelling the stale air outdoors.
As air passes through the ERV and is re-used, 70 per cent of its heat is withdrawn.
It also transfers moisture between humid and dry air streams, retaining some humidity in winter when the air is dry, and exhausting some in summer when the air is moist. This ability to automatically regulate interior humidity levels eliminates the need for either a humidifier or dehumidifier.
The last piece in the system is the drain-water heat-recovery pipe — a copper pipe that replaces a section of the stack. Flex hoses carry warm water from the pipe to the water heater, where heat is extracted and added.
Although the drain water pipe can’t heat the house, it does help raise the water temperature, thereby reducing the energy required for hot water delivery by 30 to 40 per cent.
After all the improvements were done, it was time to calculate energy savings. On paper, the HERS rating on my house is now 74 — a reduction of 28 per cent. (A new Energy Star home is 60.)
But the real proof came in the mail with my electric bill. Consumption for June and July was about 1,100 kWh, compared to 1,845 for the same period in 2012 and 1,719 in 2011 — a reduction of about 35 per cent.
Although it’s too soon to know what winter will bring, there should be similar savings on the gas bill. To sweeten the pot, Enbridge offers a $1,500 rebate for a 25-per-cent energy reduction. For more information, go to projectfutureproof.com.
It feels good to be treading lighter on this good Earth. But as pleased as I am with a lower carbon footprint — and corresponding bills — there have been some unexpected benefits.
For one, the system is quiet — no more roaring on and clanking off. And, thanks to the air being distributed continuously, the temperature is more consistent and comfortable over all three floors.
The icing on the cake is the smell. When you have pets (two cats, one dog, and counting) no amount of cleaning completely eradicates the musty or acrid animal odour.
Not anymore, thanks to the continuous circulation through the ERV and vented outdoors, I come home to a comfortable, nice-smelling house.